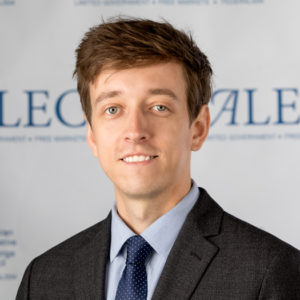 Although his professional roles have varied from advertising to database management, Jason Bethke’s career has always been centered on empowering people, organizations, and communities by wedding appropriate systems with efficient processes. In his experience, information now exists as modern currency. Data is best when unencumbered, and IT should only serve (never slow) an organization and its constituents. Jason is excited to optimize ALEC’s Salesforce database – placing our nation’s best free market ideas at the fingertips of members and stakeholders committed to limited government and federalism.

A graduate of George Mason University, Jason studied marketing, photography and graphic design. Following school, he worked at John Hancock and later, the Association for Manufacturing Technology. At AMT, he grew as a graphic designer, while learning the finer aspects of major event management and membership service. In 2012, Jason began a six-year career with United Way, first serving as Manager of Online Engagement within the brand team at United Way Worldwide in Alexandria, VA. Here he built United Way’s international website and developed successful partnerships with NBC, Google, and Facebook. After working in the Washington DC area for three years and supporting the 1,400-member United Way network, Jason was drawn closer to the direct community work of United Way. In 2014, he was hired by the United Way of Greater Richmond & Petersburg, where he served as the Director of Donor Retention and Director of Special Projects.

Outside the office, Jason’s focus reverts back to rock climbing, landscape photography (@terratorre), painfully long road trips and kayaking. He can be found in Richmond, VA during the rare weekend at home.