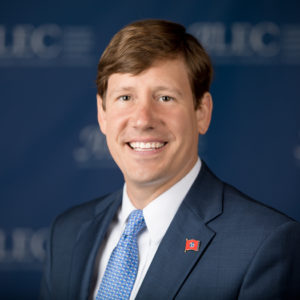 Brian Kelsey serves as state Senator for Cordova, East Memphis, and his hometown of Germantown, Tennessee. He is chairman of the Senate Judiciary Committee. In November he became the first legislator in Tennessee history to sponsor two successful amendments to the state constitution: one forever prohibited a state income tax, and the other followed a Founding Fathers model for selecting appellate judges. He also sponsored the governor’s comprehensive tort reform act in 2011. In 2014 Senator Kelsey passed a law to prohibit ObamaCare Medicaid expansion in Tennessee. He has passed a school voucher bill through the Senate that he hopes will pass in the House this year. In addition to chairing the Judiciary Committee, Senator Kelsey also serves on the Senate Education Committee. He is currently serving in his 6th year as a state Senator. Prior to his service in the Senate, he served 5 years as a state representative. In the House he served as Republican Floor Leader and as Judiciary Civil Practice Subcommittee Chairman. Senator Kelsey is a probate and civil litigation attorney with the Kelsey Firm.