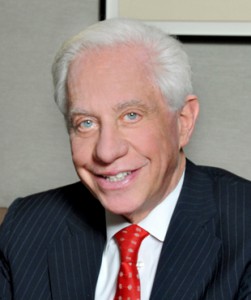 Victor Schwartz is a partner in the Washington office of the Kansas City-based law firm of Shook, Hardy, and Bacon, LLP, and chairs its Public Policy Group.

He began his career as a professor and then acting dean of the University of Cincinnati College of Law. He currently serves as adjunct professor and a member of the Board of Visitors for the school. For over two decades, he has been co-author of the most widely used torts casebook in the United States, “Prosser, Wade and Schwartz’s Torts” (10th ed.). He is also author of the leading text, “Comparative Negligence,” and so-called “Guide to Multistate Litigation.”

Mr. Schwartz assisted the drafting of the federal Uniform Product Liability Act and the Risk Retention Act. He co-chairs the ALEC Civil Justice Task Force and received the ALEC Private Sector Member of the Year Award in 2003. He also serves as general counsel to the American Tort Reform Association.

Who Pays When the “Loser Pays”? Considering Practical Issues, Misperceptions and Options