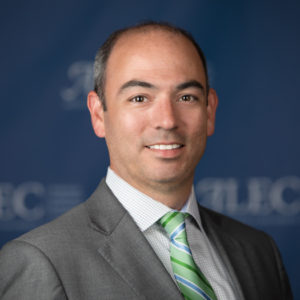 Bill Meierling served as CMO/EVP of External Relations at the American Legislative Exchange Council from 2013-2021. He is a creative and innovative strategist entrusted by high profile leaders and organizations to direct issue campaigns, lead message development and manage crisis planning and response while driving transformational change and delivering global business results. He has led public affairs, political and marketing campaigns at every level—U.S. local, state and federal, and internationally on four continents.

With the Exchange Council, Bill established and grew the public affairs and membership divisions as new initiatives for the nation’s largest organization of state and local elected officials. He leads complex, multi-state issue advocacy and legislator engagement campaigns that limit regulation and ensure business license to operate. In this role, Bill manages crisis response and provides senior level counsel to investor-, government-, and public relations divisions of Fortune 500 member companies regarding state and federal advocacy; environmental, social and governance (ESG) activism; and other concerns.

At United Way, Bill was the first worldwide head of public relations for the 41-country, 1,800-chapter organization ranked by Forbes 26th most valuable global brand (behind Verizon and ahead of Nintendo).

Prior to Edelman, Bill was a founding partner in OpinionMakers International, a boutique public relations and campaign consultancy focused on Latin-American and Sub-Saharan African issues.

From 2010 – 2016, Bill taught state government affairs, issue and crisis management and multicultural communication at the George Washington University Graduate School of Political Management. An avid writer, Bill’s work has been published in The Wall Street Journal, Washington Post, The Chicago Tribune, and The Hill, among other leading outlets.

When not advancing free markets, Bill spends time in his victory garden where he grows 11 types of tomatoes, cucumbers for pickling and any number of other herbs and vegetables. He is also often found next to his Weber Bullet smoking pork shoulder or house-cured bacon.

Speaking up on Restorative Justice

Generations of Opportunity: Right to Work

Governor Mike Pence: “I was for ALEC before it was cool.”