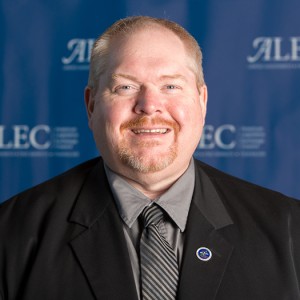 Since 1999, he has been a Republican state representative for North Dakota, representing the 44th Legislative District in Fargo. He serves as chairman of the House Appropriations – Government Operations committee. Additionally, he serves on the Administrative Rules, Budget Section, and Information Technology committees.

In February 2015, Thoreson was appointed by Federal Communications Commission chairman Tom Wheeler to the FCC Intergovernmental Advisory Committee. He is also a member of the Board of Directors of the American Legislative Exchange Council (ALEC), where he previously served as public sector chair of the Communications and Technology task force. Additionally, Thoreson serves as vice-chair of the Communications, Financial Services and Interstate Commerce committee with the National Conference of State Legislatures (NCSL) and previously served on the executive committee of the Council of State Governments.

He is married to Jennifer Thoreson, and they have two children. They reside in Fargo, where they attend the First Lutheran Church.

Why the FCC Should Stay Out of the Local Broadband Business