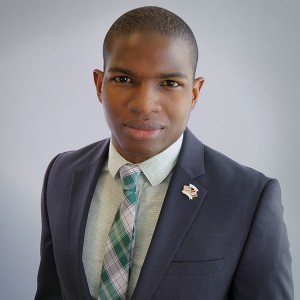 Brian graduated from Azusa Pacific University in 2011 with a bachelor’s degree in political science.

Upon graduation, Brian commissioned into the United States Army as an Armor officer and deployed to South Korea in 2012 and Afghanistan as part of Operation Enduring Freedom XIV. In the Army, Brian served in historic Cavalry units, including the legendary 7th Cavalry Regiment “Garryowen,” 10th Cavalry Regiment “Buffalo Soldiers” and 61st Cavalry Regiment “Destroyers.” As a veteran, Brian believes that defending freedom is not the sole purview of a few brave uniformed service members deployed to faraway countries; rather, it is the duty of engaged citizens across this country. This dedication to advancing liberty is what drives his work.

A proud Angeleno, Brian devotedly cheers for his hometown Los Angeles Lakers and Los Angeles Dodgers – and prays that he will soon have a hometown NFL team to root for. He is a passionate Ford Mustang enthusiast and in his spare time loves to take his 2013 5.0 Mustang on long drives in the Virginia backcountry.

Why does the NDAA limit military recruits to one type of shoe?

Ending the Cuban Embargo Could Save Lives