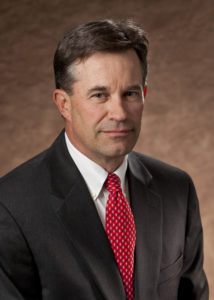 Chip was born and raised in Chagrin Falls, Ohio. He has a total of 34 years of oilfield experience.

Chip began his career in 1983 with ARCO Oil & Gas Company in Denver where he served as a drilling and completion engineer. In 1986 he moved to Midland, Texas working in the production and drilling departments for ARCO. In 1990 he was transferred to Lafayette, Louisiana as a Senior Operations Engineer. His focus was GOM shelf and high pressure onshore areas. In 2000, Chip worked for Aspect Resources as Drilling Manager. In 2002, he was hired by Noble Energy as Drilling Manager for their U.S. Onshore Region. His present assignment is Senior Vice President of Noble Energy’s U.S. Onshore which includes DJ Basin, Marcellus, Eagle Ford and Permian areas.