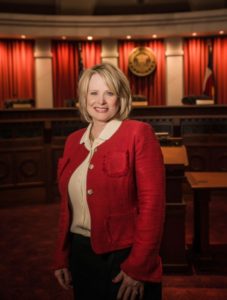 Colorado Attorney General Cynthia H. Coffman serves as the state’s 38th Attorney General. Since she took office in January 2015, General Coffman has focused on community outreach, consumer protection and protecting public safety and Colorado’s sovereignty. A native Missourian, General Coffman graduated from the University of Missouri-Columbia in 1983. She worked in development for children’s hospitals and pediatric research for several years before completing law school at Georgia State University College of Law in Atlanta in 1991. As Colorado’s Attorney General, Cynthia H. Coffman maintains a commitment to her office’s mission of providing ethical, professional and independent legal services to the State of Colorado and all of its citizens.