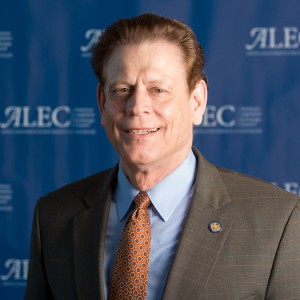 Representative Dave Frizzell has been active in politics throughout his adult life. Both Rep. Frizzell’s professional and community experiences have contributed to his successes here at the Statehouse. Some of his professional experiences include serving as the president of the Third Millennium Foundation Inc., a foundation striving to improve the quality of life of area senior citizens. He also served for a short time as a Major Gifts officer for the Riley’s Children Foundation where he supervised the development of $50,000 in donations. Prior to this, he served for two years as the Executive Director of the Greater Indianapolis Advisory Council for Indiana Wesleyan University.

From 1985-2001, Rep. Frizzell as the president of the Greater Indianapolis Republican Finance Committee (GIRFCO), and also worked with the American Cancer Society and as the Executive Director of the Indiana End State Renal Disease Network. In addition to years of political involvement as a volunteer for individual campaigns and as both Precinct Committeeman and Vice Chair Ward, Rep. Frizzell also served on the Boards of the National Kidney Foundation, and the Alzheimer’s Association-Central Indiana Chapter.

In 2005, Rep. Frizzell was selected as an at-large delegate to the 2005 White House Conference on Aging (WHCoA) in Washington DC. Since his election to the Indiana House, Rep. Frizzell has served in numerous leadership positions for the American Legislative Exchange Council (ALEC). Rep. Frizzell was the 2012 National Chairman of ALEC and was recently named their Legislator of the Year. Rep. Frizzell was born in Baltimore, Maryland and settled in Indiana in 1978. He married life-long Hoosier Valda VanNess in 1980, and started his family in 1982. He moved to District 93 in 1985 and he and his wife currently reside in Perry Township.

Rep. Frizzell received the Legislator of the Year Award for 2014 at the 41st ALEC Annual Meeting in Dallas, Texas.