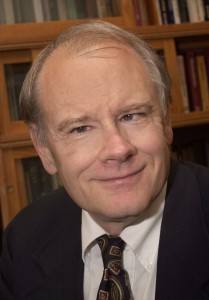 Dr. Richard Vedder is a Distinguished Professor of Economics at The Ohio University in Athens, Ohio. He has written extensively on labor issues, authoring such books as The American Economy in Historical Perspective and, with Lowell Gallaway, Out of Work: Unemployment and Government in Twentieth-Century America. Vedder has written more than 100 scholarly papers published in academic journals and books, and his work has also appeared in numerous newspapers and magazines including the National Review, The Wall Street Journal, The Washington Post, Investor’s Business Daily, Christian Science Monitor and USA Today. Vedder has been an economist with the Joint Economic Committee of Congress, with which he maintains a consulting relationship. He has served as the John M. Olin Visiting Professor of Labor Economics and Public Policy at the Center for the Study of American Business at Washington University in St. Louis and has taught or lectured at many other universities.