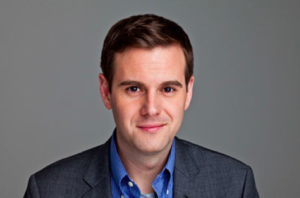 Guy Benson is the Political Editor of Townhall.com, a Fox News Contributor, and co-author of End of Discussion, published by Random House in 2015.  He is a familiar voice on the nationally-syndicated Hugh Hewitt radio show, which he regularly guest hosts, having anchored the Guy Benson Show from February 2008 until September 2015.

Guy’s resume in media and politics features internships at the White House-during the second term of President George W. Bush-as well as Fox News Channel in New York City. At Fox News, he assisted with show preparation, research, editing, and guest relations at the primetime show Hannity and Colmes.

He also worked for the cable network at the 2004 Republican National Convention. Guy was an on-air reporter at an NPR affiliate in South Florida in 2006, and a contributor to National Review Online from 2006-2010. An avid sports fan, Guy covered Big Ten college athletics and Cape Cod League baseball during his on-air career.

Guy was born abroad and spent much of his early childhood living overseas. He attended high school in New Jersey and graduated with honors from Northwestern University’s Medill School of Journalism. He currently resides in the Washington, DC area.