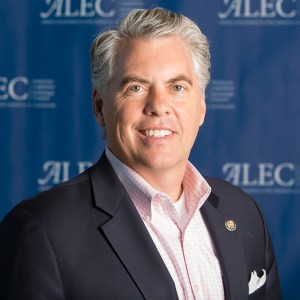 Senator Judson Hill was first elected to the Georgia Senate in 2004 by almost 75 percent of the vote to represent East Cobb County and a portion of Sandy Springs in northwest and north central metropolitan Atlanta.

In 2010, Senator Hill authored and passed legislation protecting Georgians’ freedom to choose the best health care for their families and protecting them from federal fines or penalties for exercising their freedom of choice.

In 2006 Senator Hill was instrumental in the passage of Georgia’s comprehensive civil justice reform bill. He also co-sponsored and passed legislation allowing the people of Sandy Springs, Georgia to vote on incorporation as a new city, measures protecting people from governmental eminent domain powers, the nation’s toughest immigration reform legislation as well as he sponsored one of the nation’s toughest sexual predator bills.

Senator Hill and his wife Shelly have lived in East Cobb County for over 25 years. He came to Atlanta in the ‘70’s to attend Emory University. Shelly grew up in East Cobb and graduated from Lassiter High School. The Hill family have been active in the East Cobb community for many years as members of Johnson Ferry Baptist Church, with Young Life, on the Board of East Cobb Park and volunteering in many other local service activities.

Senator Hill graduated from Emory University with a B.A. in Economics and Political Science. His Juris Doctorate degree is from the Walter F. George School of Law at Mercer University, Macon, Georgia. In 2002 he co-authored the business book, “Enhancing Your Business Value”.

Senator Hill served in the Reagan Administration as an Assistant United States Attorney for the Northern District of Georgia, and also in Washington, D.C. at the United States Department of State, Agency for International Development. Prior to that Senator Hill worked for President Reagan on the White House Advance Team and on the Reagan-Bush ’84 campaign. Aside from his service to the State and community, he has been a Sunday school and Bible study teacher for many years, and is currently serves with a telecommunications infrastructure development group.