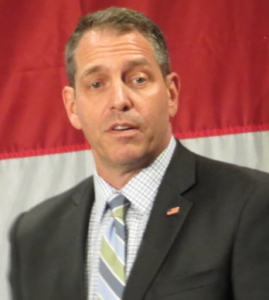 Mark Meckler is one of the nation’s most effective grassroots activists. He co-founded the Tea Party Patriots and served as its national coordinator. Upon leaving Tea Party Patriots, Mark founded Citizens for Self-Governance in 2012 to focus on growing the nation’s bipartisan self-governance movement. Mark appears regularly on a wide variety of television outlets, including MSNBC, ABC, NBC, Fox News, CNN, Bloomberg, Fox Business and the BBC. He is the co-author of Tea Party Patriots: The Second American Revolution, and writes regularly on Breitbart, The American Spectator, and SelfGovern.com. He also is an attorney who specializes in internet privacy law.

Mark and his wife live in Northern California with their two teenage children where they share their love of the outdoors, mountain-biking, soccer and horses.