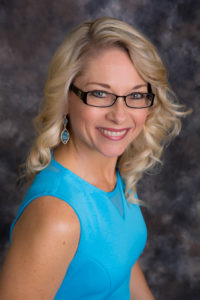 Rebecca Friedrichs has been an elementary school educator in Southern California for 28 years.  Since the first day of her career in 1988, she’s been concerned about the policies and politics of the teachers’ union she’s forced to financially support.

Although she “opted out” of the political dues for the first ten years of her career, she later joined as a full member in order to gain a voice because “agency fee payers” lose all rights of membership, including the right to voice their opinions and vote within collective bargaining.

In 2012 Rebecca started writing editorials to educate the public on the abuses occurring within teachers’ unions.

From April 2013-June 2016 she was lead plaintiff in a seminal federal lawsuit attempting to restore the First Amendment rights of free speech and free association to millions of public sector workers in the United States of America.  Her suit, Friedrichs v. California Teachers Association, filed with nine other teachers and the Christian Educators Association International, brought suit against NEA, CTA and ten local unions and superintendents.

Oral arguments took place at The United States Supreme Court in Washington, DC on Monday, January 11, 2016.  Due to Justice Scalia’s death, the Court rendered a split “4-4” decision; although Rebecca and her fellow plaintiffs petitioned for a rehearing of the case once a ninth Justice could be appointed to the Court, their petition was denied on June 28, 2016.  If they would have prevailed, the entire nation would have become “Right to Work” in the public sector.

Justice Scalia’s death halted the teachers’ judicial fight for Liberty for all Americans, but Rebecca will continue to fight for the rights of public sector workers and the good of American children in our public schools.

Rebecca’s editorials have been published in FOXNews.com, Orange County Register, San Diego Union Tribune, and several other print and online outlets.  She’s been a guest on many radio shows across the country, has been interviewed by numerous print news outlets, including Politico and National Review, and has appeared on CBS News, NBC and several FOX News and FOX Business shows.

Rebecca is currently taking some time away from the classroom to support educational policies that are friendly to children and to help teachers, children, and parents to make their voices heard.  Her husband, Charles Friedrichs, is the Director of the School of Music and Dance at San Diego State University.  Charles and Rebecca have two grown sons