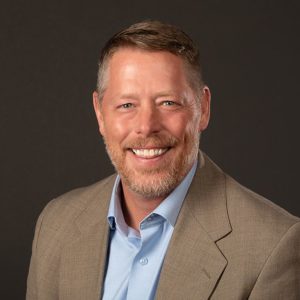 John is Northwest Iowa born and raised, and his track record as a conservative leader in the Iowa House reflects his roots. After growing up in Sibley and graduating from Sibley Community High School, he traveled a bit outside of House District One to attend Northwestern College. While there, he earned a bachelor’s degree in biology. He continued his education at American Military University and earned two master’s degrees in Political Science with an emphasis in National Defense and Environmental Policy and Management.

John and his wife Cami have been married since 2010. Cami is an accountant for a home remodeling business in Spirit Lake. They have three kids, Seth, Wesley, who live in Omaha, and Mariah who lives in Spencer. In addition to their human kids, they have two dogs, Ashland and Liberty, who enjoy hunting with John.

John retired from the military as a First Sergeant after 25 years of service. He spent several tours of duty deployed in Iraq, Egypt, Afghanistan, Kuwait, Qatar, and Germany as an infantryman and calvary scout.

John’s life has been dedicated to service, and now he is working on behalf of Iowans. He has been representing District One in the “People’s House” since 2015. In 2020, John was elected to serve as the Speaker Pro Tempore of the Iowa House. He also served as a House Assistant Leader from 2015-2018 and as the Majority Whip in 2019. Outside of his leadership roles, he also sits on Administration and Rules, Agriculture, Appropriations, Economic Growth, Education, and Veterans Affairs committees as well as the Legislative Council.