President and CEO at The Friedman Foundation 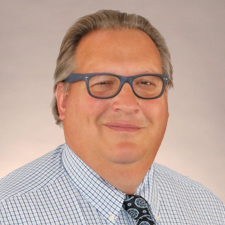 Robert has been an integral part of the Friedman Foundation since its founding in 1996, previously serving as fundraiser, projects coordinator, vice president, and executive director prior to being named president and CEO in 2009.

Under his leadership, the Foundation has become one of the nation’s most respected and successful advocates for school choice, working in dozens of states to advance its founders’ vision by disseminating research, sponsoring seminars, undertaking advertising campaigns, organizing community leaders, and providing grants.

Robert is the co-editor of “Liberty and Learning: Milton Friedman’s Voucher Idea at Fifty,” author of “Grading Vouchers: Ranking America’s School Choice Programs,” and co-author of “School Choice: A Reform that Works” and a chapter in “An Education Agenda: Let Parents Choose Their Children’s School.” His opinions have appeared in numerous publications, including the Wall Street Journal, New York Times, Arizona Republic, National Review, and USA Today.

Prior to joining the Foundation, Robert lived and worked in England where he served as a deputy day center manager and social worker for St. Botolph’s Project, an organization providing rehabilitative care and services to homeless men, women, and families. While in England, he also served on the school board of two inner-city schools in London—Hillmead Infants and Juniors School—where he chaired the finance committee and served on the building and curriculum committees. During his tenure, the success of the schools was nationally recognized in an inspection by Her Majesty’s Office of Standards in Education Department (OFSTED).

From 1990-1992, Robert attended Oxford University through the Oxford Centre for Mission Studies where he worked on a post-graduate degree in theology. He received his B.A. from Seattle Pacific University.

Robert has served as Private Sector Chairman of the Education Task Force for the American Legislative Exchange Council, a group that also recognized him as the Private Sector Member of the Year. He is also a board member of School Choice Ohio, Hoosiers for Quality Education, Carpe Diem Indiana, and the Economic Club of Indiana, and serves on the Indiana State Advisory Committee for the U.S. Commission on Civil Rights. Robert lives in Indianapolis and has two children, Jefferson and Charles.