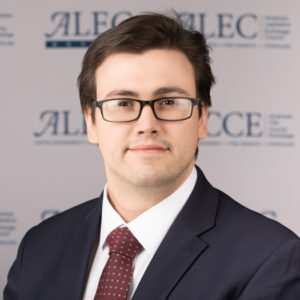 Thurston Powers is the Research Manager with the Center for State Fiscal Reform at ALEC where he researches and analyzes state tax, budget, and pension policies. Thurston worked on these areas previously at the Yankee Institute for Public Policy, a state-based think tank headquartered in Hartford, Connecticut. As both a Connecticut native and policy analyst, Thurston has seen firsthand what poor tax and budget policies can do to even the wealthiest states.

In May 2017, Thurston received his Master’s in Public Administration in Public & Nonprofit Management & Policy with a focus in policy analysis from NYU Wagner Graduate School of Public Service.

The Pension Crisis is not a Black Swan Event