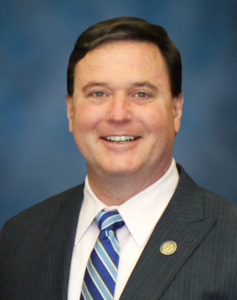 As Indiana’s Secretary of State from 2003 to 2011, Todd Rokita made it clear that he was serious about reform.  He leveraged technology in order to reduce fees and create efficiencies for Indiana businesses.  He instituted innovative programs, such as the State’s landmark voter ID law, all while operating his office on the same budget used in1987. Now, as your Congressman, Rokita is serving and fighting for all Hoosiers so they can build better lives for themselves and their families.

As a member of the U.S. House of Representatives, Congressman Rokita is confronting some of America’s most critical issues including our national debt, a deteriorating transportation infrastructure, and education and workforce development.  As Vice-Chairman of the Budget Committee, Rokita is battling against a tax and spend culture while proposing common-sense reforms to programs like Medicaid and Medicare.  In his role as Chairman of the Subcommittee on Early Childhood, Elementary, and Secondary Education, Rokita is fighting for a stronger educational system that returns local control and authority to parents and teachers, instead of federal bureaucrats. These values can be seen in the Every Student Succeeds Act, which Representative Rokita co-authored and helped get signed into law.

Congressman Rokita and his wife Kathy have two sons, eight-year-old Teddy and six-year-old Ryan. They reside in Indiana and the Congressman commutes to Washington, D.C.

As a commercial licensed pilot, Rokita enjoys devoting a significant amount of his free time to Veterans Airlift Command and Angel Flight, two organizations whose members provide veterans and needy patients who cannot afford air transportation required for their medical treatment with free non-emergency transportation in their private planes.

Congressman Rokita and his family worship at St. Malachy Catholic Church in Brownsburg.