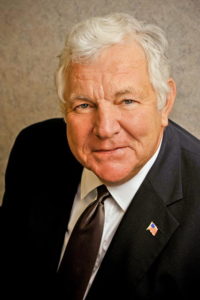 William J. Bennett is one of America’s most important, influential, and respected voices on cultural, political, and education issues. He has written or co-authored more than 25 books including two New York Times number one best-sellers, one of them being the Book of Virtues, one of the most successful books of the 1990s.

He was formerly the host of Morning in America, one of the largest national talk shows in the country, and is now host of America Strong: The Bill Bennett Podcast as well as The Bill Bennett Interview, a nationally syndicated series of exclusive, in-depth interviews aired across the country on the Salem Radio Network. Although he is a well-known Republican, Dr. Bennett often has crossed party lines in order to pursue important common purposes.