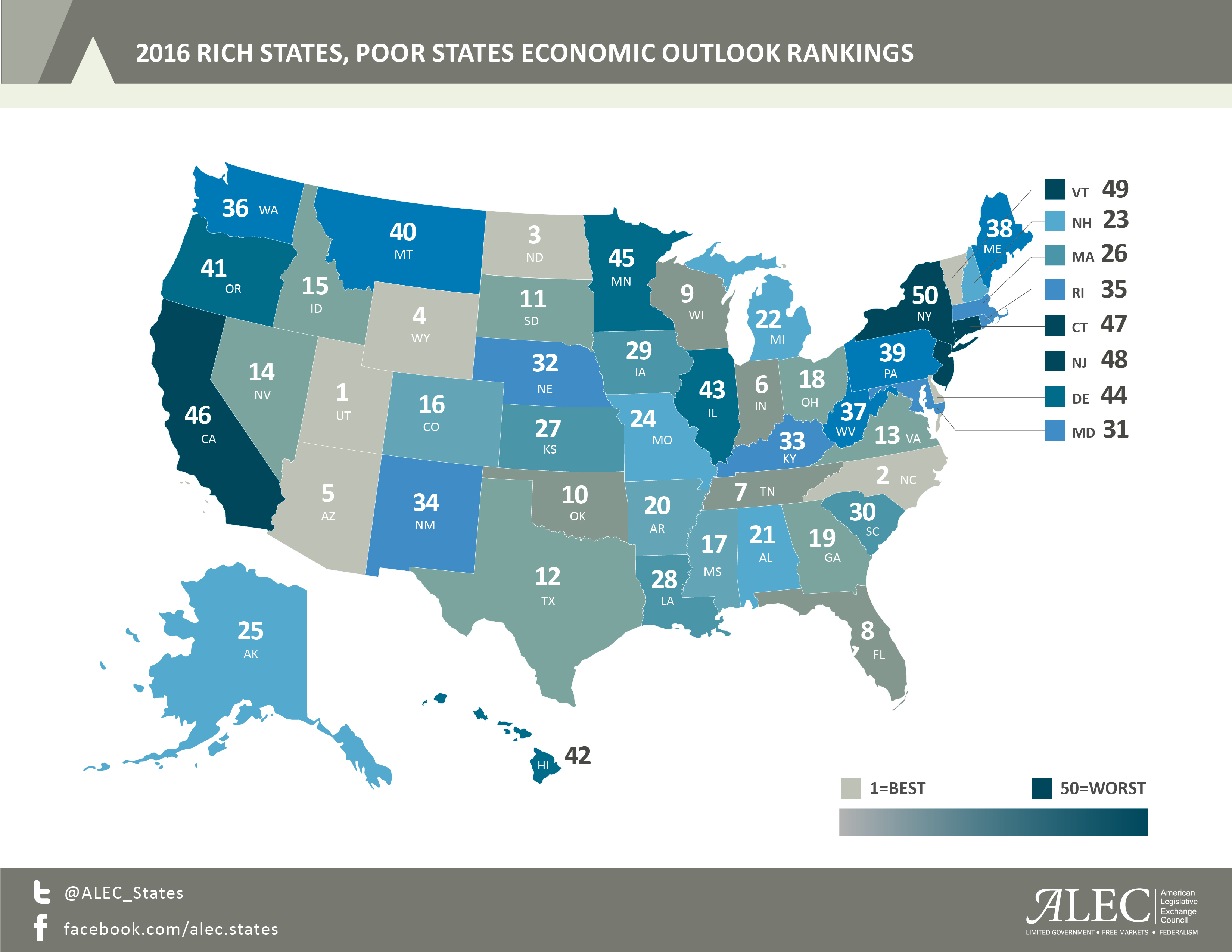 The fifteen economic policy variables used by the authors to rank the economic outlook of states have shown over time to be among the most influential drivers of state growth. The top ten and bottom ten states for 2016 are:

“2015 was another banner year for tax cuts in many statehouses around the country,” said Jonathan Williams, co-author of the report and vice president of the ALEC Center for State Fiscal Reform. “As states compete with each other for much-needed human and financial capital, there is a clear trend in favor of taxpayer-friendly, market-oriented reforms.”