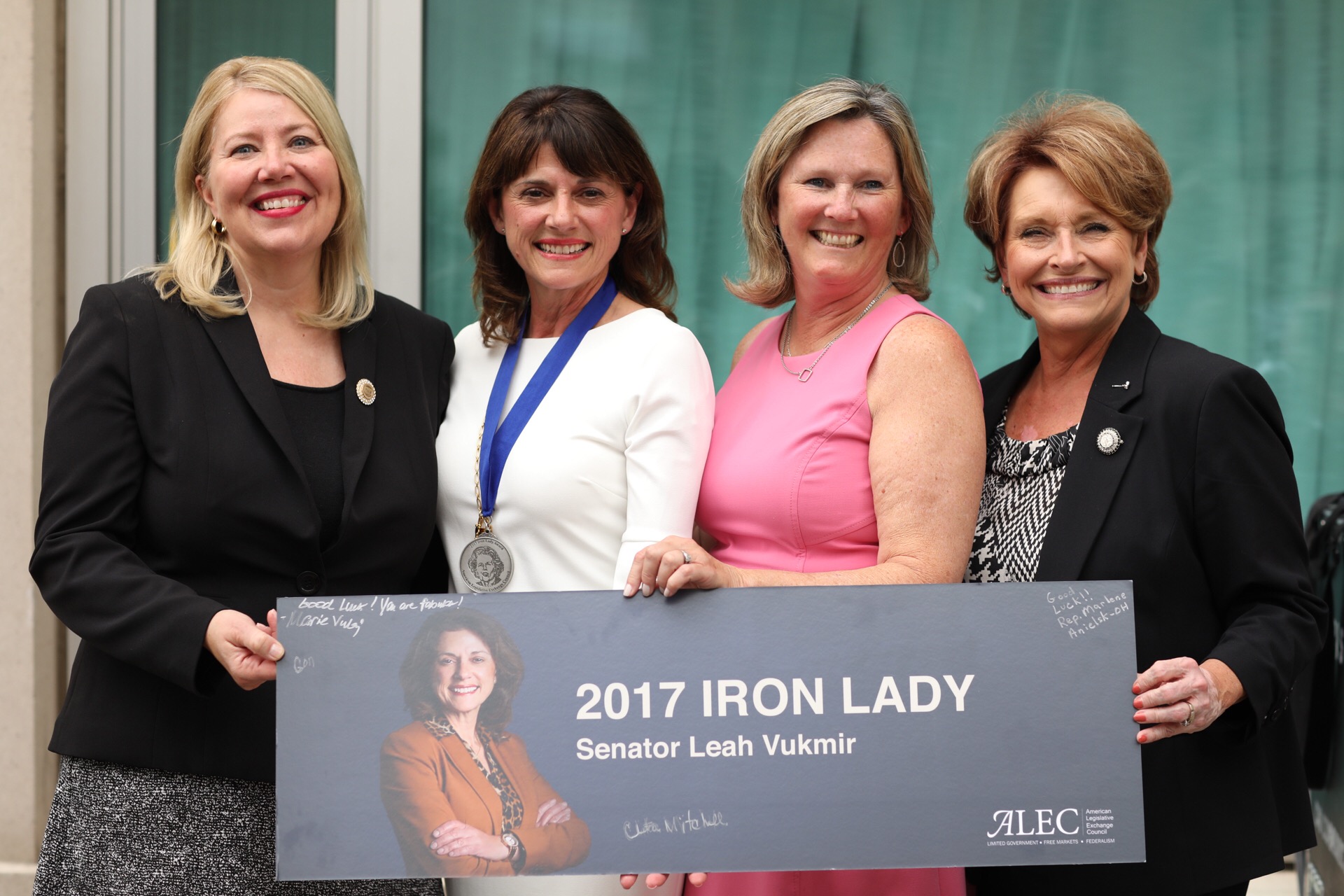 “The famous Margaret Thatcher quote, ‘If you just set out to be liked, you will be prepared to compromise on anything at anytime, and would achieve nothing,’ has guided my public service—especially when my principles have been challenged,” said Senator Leah Vukmir. “I’m humbled to receive the Iron Lady award, and I am proud to be a part of an outstanding organization such as ALEC.”

Senator Vukmir has served the state of Wisconsin for more than 15 years, both in the State Assembly and the State Senate. She currently serves as the Assistant Majority Leader for the Senate and is the Chairman of the Health and Human Services Committee. A dedicated member of ALEC, Senator Vukmir has led the organization in multiple capacities including as a former Chair of the Health and Human Services Task Force and now sits on the ALEC Board of Directors.

“It has been such a pleasure working with Senator Leah Vukmir during my tenure at ALEC,” said ALEC CEO Lisa Nelson. “It is critical that we have more female freedom fighters like Senator Vukmir in the state legislature. She is a fierce defender of limited governments, free markets and federalism, and I can think of no one more deserving of the 2017 Iron Lady Award.”

The American Legislative Exchange Council is the largest nonpartisan, voluntary membership organization of state legislators in the United States. The Council is governed by state legislators who comprise the Board of Directors and is advised by the Private Enterprise Advisory Council, a group of private, foundation and think tank members. For more information about the American Legislative Exchange Council, please visit: www.alec.org