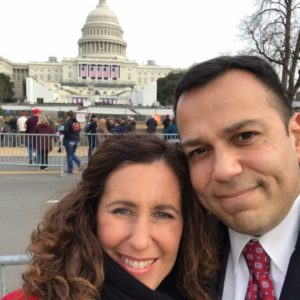 This week, ALEC and FreedomWorks introduce Kentucky State Senator Ralph Alvarado. Senator Alvarado has practiced medicine in Winchester, Kentucky since 1998 and has made strides towards more comprehensive health care regulations while in the state legislature. While serving his communities in Clark, Fayette, and Montgomery County, Ralph Alvarado has been recognized for his efforts on behalf of survivors of sexual and domestic violence. Alvarado has also championed pro-business issues and has twice received the prestigious Chamber of Commerce’s MVP Award: Going to Bat for Businesses. He is a member of the executive committee of the National Conference of State Legislatures and has also completed the Toll Fellowship with the Council of State Governments. Ralph and his wife, Dawn Alvarado, have celebrated 23 years of marriage. They have two children, Nathan and Sarina.

Why did I run for office?

When I began my career as a physician, I began to appreciate how much defensive medicine impacted the treatment of my patients.  I grew tired of watching the government gradually dismantle the physician-patient relationship and the lack of action on medical/liability tort reform.  Clearly, there was a need for a physician voice in the General Assembly and someone to champion these causes.  I began to explore the possibility of running for office and began a journey that I never expected.

What is the biggest issue facing Kentucky?

There are two issues that go hand-in-hand: Public pension reform and Tax modernization.

They have helped hold local workshops to educate me and my colleagues on issues like charter schools and civil liability reforms.

I enjoy traveling and have visited more countries than American states.