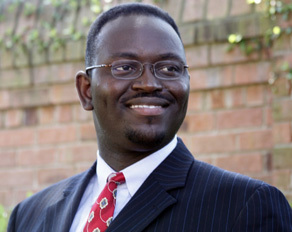 South Carolina State Senator Clementa Pinckney fought for the rights of all people in the criminal justice system. He sought sentencing and criminal justice reforms that helped address the underlying causes of recidivism and helped create opportunity for his community and the people of South Carolina.

Pinckney, an ALEC member, was among the nine people slain on Wednesday when a gunman opened fire at Emanuel African Methodist Episcopal Church where the Senator also served as pastor. During his time at ALEC, Senator Pinckney shared his reformer perspectives with legislators from across the United States who served with him on the Justice Performance Project.

South Carolina State Representative and ALEC Board Member Alan Clemmons remembers Senator Pinckney as “an active ALEC member who ardently fought for the rights of all South Carolinians.”

The thoughts and prayers of the entire ALEC family are with the families of all those slain on Wednesday, the Emanuel AME congregation and the people of Charleston and South Carolina.