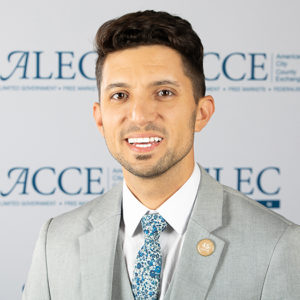 Aaron Gillham serves as the Legislative Membership & Engagement Manager at the American Legislative Exchange Council, working closely with state lawmakers across the country. Providing leadership, training and advancement of the Constituent Analytics Research Exchange (CARE) program has been fundamental to his role during his time at ALEC. Limited government, free markets and federalism are core to his beliefs and he is energized by the work the organization does to advance these principles.

Aaron is a graduate of the University of Cincinnati, born and raised in the Queen City. Although he served as student government class president in high school, he became truly immersed in policy and governance thanks to the 2008 election, working in campaign politics in the years after.

His interests extend beyond political science to include history, fine arts, travel, golf, board games and more. Cincinnati has a robust food festival and beer scene, both which are also appreciated. While quite proud of his hometown, he enjoys his visits to the nation’s capital and looks forward to seeking destinations abroad again soon.