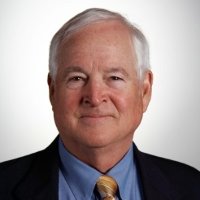 David Biddulph is a co-founder of the Balanced Budget Amendment Task Force (BBATF). He received his MBA from the University of Michigan and managed corporate pension funds for National Bank of Detroit. He and his wife started a solar company in Orlando, Florida which, after 6 years, was sold to the employees. They started Market Force Corporation in 1984. In the late 1980s, his mother-in-law was forced to move from her retirement home because the taxes rose from $800 to $4,800 in 6 years. In 1993, he formed the Tax Cap Committee. After collecting over 3 million petition signatures, Florida voters approved two Constitutional Amendments: a two-thirds vote to impose a new tax or fee, such as a personal income tax, and a jurisdictional limit on the Florida Supreme Court.