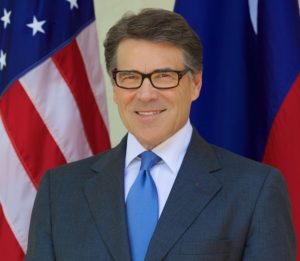 Rick Perry is a veteran of the United States Air Force, a former farmer, and the former governor of the 12th largest economy in the world. He has devoted his adult life to creating prosperity and opportunity for families. As the 47th and longest-serving governor of the Lone Star State, he championed conservative principles that helped Texas become America’s economic engine.

Since 2000, Texas has created almost one-third of all new private sector jobs in the United States. Without the 1.5 million jobs Texas created since the end of 2007, the United States would be net negative more than 400,000 jobs.

In addition to doing more than its part to boost our nation’s economy, Texas and Gov. Perry were front and center on an issue that concerns us all – border security. Gov. Perry acted decisively to protect the people of Texas and this country from an unprecedented surge in illegal crossings of our southern border by surging state law enforcement and deploying the Texas National Guard to the region.

Perry grew up the son of tenant farmers in the tiny West Texas town of Paint Creek. The younger of Ray and Amelia Perry’s two children, he was active in scouting and earned distinction as an Eagle Scout. He was one of the first in his family to go to college, earning a degree in Animal Science from Texas A&M University, where he was also a member of the Corps of Cadets and a Yell Leader.

Between 1972 and 1977, Perry served in the U.S. Air Force flying C-130 tactical airlift aircraft in Europe and the Middle East. He is a lifetime member of both the NRA and American Legion Post #75. Prior to being elected Lieutenant Governor in 1998, he served two terms as Texas Commissioner of Agriculture and three terms in the Texas House of Representatives.

Perry married his childhood sweetheart, Anita, in 1982. They have two children and two beautiful granddaughters.