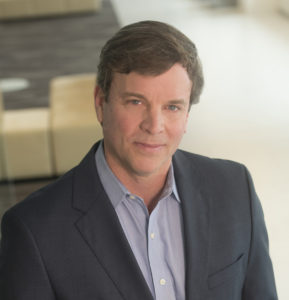 Jay is an Emmy Award-winning media strategist with diverse experiences in corporate PR, political consulting and broadcast journalism. He helped lead the digital revolution at Marriott International changing the way it communicates to consumers, investors and influencers. Working directly with Bill Marriott, he edited his pioneering blog Marriott on the Move, shaping it into one of the top executive posts.

Frequently quoted in the press, Jay has been credited with developing and implementing new digital strategies for today’s corporate communications departments. He introduced a “think-like-a-journalist” mindset to PR units and was an early adapter of content marketing and brand journalism. Jay’s viral videos and online annual reports set new standards for reporting company performance. FORTUNE recognized him as a “Social Media Superstar” two years in a row.

Jay developed his digital storytelling skills first at CBS News and then as a reporter for WPIX-TV in New York City. More recently, he created and produced the Emmy-winning PBS series, Watch on Washington. Its theme was “bringing government home to you.” Shaped on a state-by-state basis, the live town meetings featured a state’s congressional delegation.

A journalism graduate of the University of North Carolina at Chapel Hill, Jay often returns to guest lecture. At the end of each talk, he stresses three keys to being a successful communicator—listen, be curious and never be boring.