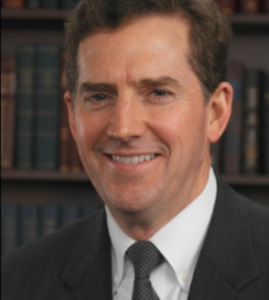 Jim DeMint served in the U.S. House of Representatives for South Carolina’s Fourth Congressional District from 1999-2005. He was elected to the U.S. Senate in 2004, and served as one of South Carolina’s senators until he resigned in 2012 to become President of The Heritage Foundation. With 18 years of political experience working both inside and outside Congress, DeMint offers a wealth of wisdom and insight to the volunteer grassroots armies that are reaching every state legislature in the country with the Convention of States Project’s message: We CAN take our power back.

DeMint is married to his high school sweetheart, Debbie, and holds a Bachelor of Science in Communications from the University of Tennessee as well as a master’s degree in Business Administration from Clemson University. Prior to his election to Congress, DeMint founded and led the DeMint Group, a Greenville-based marketing research and strategic planning business.