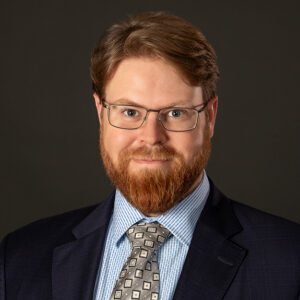 Joe is ALEC’s Energy, Environment, and Agriculture Task Force Director. He bring more than ten years of policy, campaign, and communications experience to the Task Force, having worked on energy and environment issues on Capitol Hill and served as the on-the-record spokesman for numerous free-market organizations and campaigns. During his tenure on the Hill, Joe served as a Natural Resources Legislative Assistant, where he worked with coal, natural gas, logging, and transportation industries, as well as federal agencies, to deal with a wide variety of issues.

In addition to writing for NFIB on local, state, and federal issues, Joe has been published in National Review, the Washington Examiner, the Daily Caller, and numerous other state and local papers.

Outside of his professional career, Joe is an avid outdoorsman and conservationist who spent two years on the Board of Governors of the Bethesda-Chevy Chase Izaak Walton League, a local organization that serves as a model for private nonprofit conservation efforts by maintaining a 624-acre conservation farm. In this capacity, he dealt firsthand with land management, soil science, and chemical runoff issues at the state and local levels. Joe graduated from Cornell University with a Bachelor of Science, where he majored in the Science of Earth Systems with an additional concentration in ocean sciences.