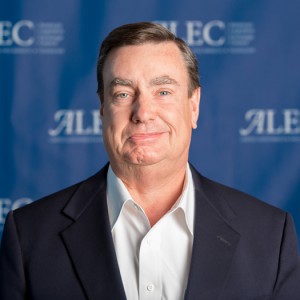 After being sworn in as the State Senator from California’s thirty-sixth Senate District, representing over 1,000,000 constituents, Senator Anderson affirmed his commitment to fight every day on behalf of those he represents. In 2011, for his efforts to protect small businesses during the great recession, Senator Anderson was named the “California State Senate Legislator of the Year” by the California Small Business Association and California Small Business Roundtable.

In 2012, as Vice-Chair of the Senate Public Safety Committee, Senator Anderson continued his work to protect crime victims by authoring Senate Bill 1371, which passed both the Senate and Assembly unanimously and was signed into law by Governor Brown.  SB 1371 closed a loophole in current law that allowed convicted criminals to get out of paying restitution to the victims of their crimes.

In 2014, Senator Anderson authored SJR 17, which urged President Barack Obama’s administration to expedite visa processing for Iraq’s minority groups and to lift the refugee quota cap for Iraqi-Christians in order to streamline the process of accepting them into the United States as refugees as they are under persecution from the Sunni Islamist terrorist group the Islamic State in Iraq and Syria (ISIS).

That same year he also worked with Senator Ted Lieu (D-Los Angeles) to pass SB 828, a bill which prohibits the state from providing material support, participation or assistance to the federal government to collect electronically stored information or metadata if the if the state has actual knowledge that the request constitutes an illegal or unconstitutional collection of electronically stored information or metadata.

While Senator Anderson’s accomplishments are many, the most important role in Joel’s life is that of being a husband to his wife Kate for 25 years, and a father to their three children – Mary, Maura and Michael.