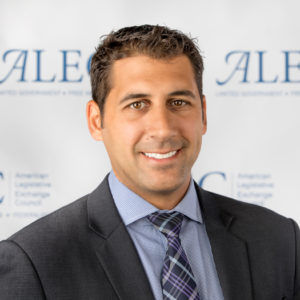 Joel Griffith earned his juris doctor at the Chapman University Dale E. Fowler School of Law, with a dual emphasis in Alternative Dispute Resolution and Federal Income Taxation; he is currently a member of the State Bar of California. At Chapman, he was a charter board member and treasurer of the Investment Law Society, served as a charter member and vice-president of the Chapman chapter of the California Republican Lawyers Association, and competed on both the mock trial and mediation teams.

Joel was a research assistant for a former member of  The Wall Street Journal editorial board and a research associate for the Institute for Economic Freedom and Opportunity at The Heritage Foundation. Most recently, Joel was Deputy Research Director at the National Association of  Counties. Numerous media outlets have featured Joel’s written analysis, including The Wall Street Journal, Forbes online, Investor’s Business Daily, The Washington Times, the Orange County Register, and Times of Israel. He also made appearances on Fox Business News.

Congress to Stop States from Making Their Own Bets?