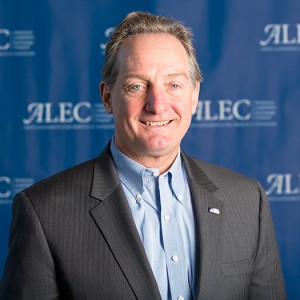 State Rep. John E. Piscopo is an established leader within the House Republican caucus and a tireless worker for the towns of Burlington, Harwinton, Litchfield and Thomaston.

As a Chief Whip, Representative Piscopo’s duties involve working with other members of the House Republican caucus to ensure they understand and support important GOP legislative initiatives. Before being named Chief Whip, he served as an Assistant Minority Leader.

Rep. Piscopo was reappointed to the Finance, Revenue and Bonding Committee as well as the Energy & Technology Committee for the upcoming two year term. He will also serve on the Environment, Screening, and Legislative Management Committees.

Rep. Piscopo has formerly served on the Appropriations, Executive and Legislative Nominations, General Law, and Public Safety committees as well as the select committees on Housing and Children.

During the 2014 legislative session, Rep. Piscopo worked to get landmark legislation passed which designated the town of Thomaston as an Enterprise Zone, which supports economic growth and development.

Rep. Piscopo also was a co-sponsor of the Open Space Law, which seeks to preserve 21 percent of Connecticut’s land areas as open space for the enjoyment of future generations.

Rep. Piscopo is a 1973 graduate of Thomaston High School. He received a B.A. Degree in 1977 from Eastern Connecticut State University in Willimantic, majoring in History and Political Science. Rep. Piscopo served as a legislative intern to then-state Sen. Richard C. Bozzuto in 1976.

He is a former member of UNICO of Watertown. He also has done volunteer work for the Thomaston Opera House. He was an early supporter and volunteer in the organization of Thomaston’s recycling program.