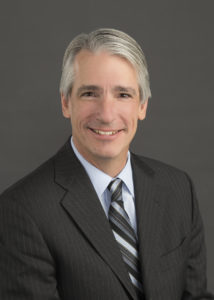 John Tillman is one of the nation’s most prominent leaders of a state-based think tank. As CEO of the Illinois Policy Institute, he has transformed what many wrote off as a blue state into a place ripe for free market reform.

John also serves as the President of Think Freely Media 501(c)(3) and is the founder of the Great Communicators Tournament, two projects dedicated to helping advocates for free enterprise and liberty make the moral case in public policy debates. Think Freely launched the first ever Great Communicators Tournament this year – you can see a summary video here. John also serves on the board of the National Taxpayers Union, National Taxpayers Union Foundation and American’s Future Foundation.

John’s success has become a model for liberty-based organizations across the country. John is frequently asked to consult with other nonprofit, free market organizations on marketing and organizational strategy.

In 2011, John won the prestigious Roe Award for his leadership, innovation and accomplishments in the world of public policy. This annual award pays tribute to those in the state public policy movement whose achievements have greatly advanced the free market philosophy.

John is regularly featured in the media, and has appeared on FOX News Channel, FOX Business, the BBC and NPR, as well as in The Wall Street Journal and the Washington Times and other news outlets. You can see a summary of his media work here.

Before joining the world of public policy, John was (and continues to be) a businessman and entrepreneur. He resides in Chicago’s north suburbs with his wife, Julie, and daughter, Lauren.