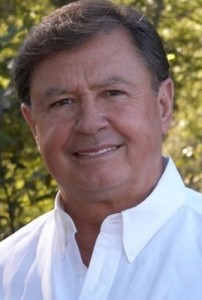 Noble Ellington joined the Department of Insurance as Chief Deputy Commissioner in 2012 with a strong background in legislative and business matters, having served 24 years in the Louisiana Legislature and owned a cotton company for the past 40 years.

Noble grew up on a farm in Richland Parish. He is a graduate of Mangham High School, and Louisiana Tech University where he received a Bachelor of Science degree in Agriculture/Business.

During his time in the Legislature, Noble held numerous committee chairmanships.  While in the Senate, he was chairman of the Labor, Judiciary A, Judiciary B, and Transportation Committees.  As a member of the House, Noble was chairman of the Legislative Audit Advisory Council.   He held a number of additional committee assignments including Insurance, Appropriations, Joint Committee on the Budget, and the Special Committee on Military and Veterans Affairs.

While serving in the Legislature, Noble received many awards from various civic and governmental groups.  He was twice named Legislator of the Year by the Rural Hospital Coalition, and honored with Outstanding Legislator awards by the Louisiana Association of Educators and Jobs for America’s Graduates.  He was also the Louisiana Association of Chiefs of Police Senator of the Year, among numerous other accolades.

Noble is married to the former Brenda Armstrong. They have four children and five grandchildren. They reside in Baton Rouge.