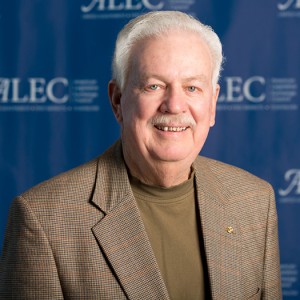 Speaker Ray Merrick has a proven record of successful leadership in state government. But more importantly, he is committed to making our communities better places to live, work and raise a family. Ray, his wife, Phyllis, and their sons have been active and involved citizens of our communities for decades.

Ray attended both the University of Kansas and Washburn University, graduating from Washburn in 1965 with a Bachelors in Business Administration.

Recently he started his own MJM Management Company, a property management company for shopping centers in the growing southern suburban Kansas City region.

Ray was first elected to the Kansas Legislature in 2000, after being appointed to fill the position by the precinct committee of the 27th House District. Ray had been elected a Precinct Committeeman himself for 3 consecutive terms. After serving in the Kansas House of Representatives just one term, Ray was elected in 2002 as the Assistant Majority Leader of the House. In 2004, a term later, he was then elected Speaker Pro Tem of the Kansas House of Representatives. He then served as Majority Leader through 2010. Shortly after the 2010 election, at which Senator Jeff Colyer was elected Lt. Governor, Ray Merrick was elected by Republican Precinct Committeemen and Women in the 37th District to become Senator and fill out the remainder of Colyer’s term.

Merrick is also a graduate of the Bowhay Institute for Legislative Leadership Development, Chair of the Canadian-US Relations Committee with Council of State Governments, and a member of the State Legislative Leadership Foundation. He is a member of National Council of State Governments and on the board of American Legislative Exchange Council (ALEC), where he also sat on the Healthcare Task Force. He is now the Kansas Chair of ALEC. In 2010, he received the prestigious legislator of the year from ALEC.

Ray has also been involved in numerous organizations in our community:

Ray and his wife Phyllis are 20+ year residents of the district where their sons, Mike and Matt, grew up, attended, and graduated from Blue Valley High School.

Ray Merrick has been a leader in Boy Scouts of America, and served on the Blue Valley High School Booster Club as President for three years. Ray is also a former member of the Blue Valley School District Student Advisory Committee.