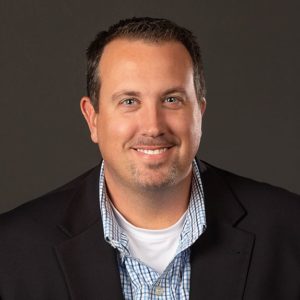 Hard-working, dedicated and effective are three words to describe Rep. Seth Grove’s approach to legislating. Seth has tirelessly served the 196th District since 2008, and during his time in office, he has consistently advocated for streamlined, more efficient government and commonsense-conservative principles.

Seth’s path to public service began in high school when he enlisted in the U.S. Navy and was selected for its nuclear engineering program and submarine school. Due to a childhood heart condition, he was unable to fulfill the enlistment. Undeterred, Seth opted for a major in public administration at York College to find another way to serve. He attributes this deep sense of civic responsibility to his grandfather’s World War II stories and his father’s service in the Navy during the Vietnam War.

Seth honed his knowledge of government while serving as a legislative assistant to U.S. Congressman Todd Platts (R-York) and state Rep. Stan Saylor (R-Windsor) and as chief of staff for state Rep. Keith Gillespie (R-Hellam). In these capacities, Seth was a dedicated advocate for residents in resolving conflicts with state and federal agencies. He continues to use this expertise to serve the residents of the 196th District.

During his service, Seth has served on 13 of the 26 standing committees. This has given him a broad perspective on the issues facing all Pennsylvanians. He shepherded numerous bills into law and had resolutions adopted by the House of Representatives. As a policy wonk and someone who enjoys innovative policy solutions, Seth is regularly asked to speak or participate at national conferences on state fiscal and tax policy. He is a leading voice in Harrisburg on fiscal issues, entitlement reform, education reform and funding, cybersecurity, career and technical education, reducing the size and scope of state government, tax policy, property taxes, gun rights, rights of the unborn, economic growth, community pharmacy issues and pensions – both state and municipal.

Seth is dedicated to furthering the interests of the 196th District, York County and Pennsylvania, and he employs this passion outside his legislative endeavors. He has served as an APPRISE counselor for the York County Area Agency on Aging. He is a member of the HACC York Campus Advisory Committee, Dover Lions Club, the Dover Fish and Game Association, Life Member of the National Rifle Association, and the Dover/York YMCA. These associations illustrate his commitment to providing healthy and wholesome activities for York County residents, his conviction to uphold Second Amendment rights and his concern for senior citizens.

Seth resides in Dover with his high school sweetheart, Dr. Kacey Grove, and their children, Andrew, Connor, and Raegan.