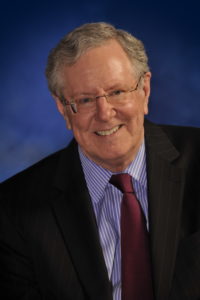 Steve Forbes is Chairman and Editor-in-Chief of Forbes Media. The company’s flagshion, Forbes, is the nation’s leading business magazine, with a circulation of more than 900,000. Forbes combined with Forbes Asia, Forbes Europe, and the company’s licensee editions together reach a worldwide audience of more than five million readers.

In both 1996 and 2000, Mr. Forbes campaigned vigorously for the Republican nomination for the Presidency. Key to his platform were a flat tax, medical savings accounts, a new Social Security system for working Americans, parental choice of schools for their children, term limits and a strong national defense. He is the author of several books, most recently Reviving America: How Repealing Obamacare, Replacing the Tax Code and Reforming the Fed will Restore Hope and Prosperity