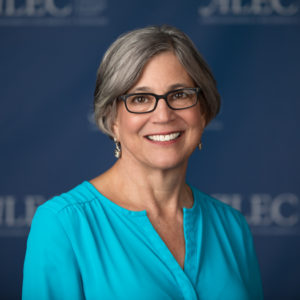 Kansas State Senator Susan Wagle (R-30) was sworn in as the 47th Kansas Senate President on January 14, 2012. She is currently serving her fourth term in the Kansas Senate, representing the eastern part of Wichita. She is the first woman to serve as a top legislative leader in the state.

Susan first came to Topeka in 1990 as a member of the State House of Representatives. She quickly became a key Republican leader, rising to become the first woman to ever serve as Speaker Pro Tem by 1994. During her tenure in the House, Susan received the Guardian of Small Business Award from the National Federation of Independent Business and the Friend of Business Award from the Kansas Chamber of Commerce.

In 2000, Susan was first elected to the state Senate. Before elected by her peers to serve as Senate President, she chaired the Senate’s Public Health and Welfare Committee, the Healthcare Strategies Committee and Commerce Committee.

Susan lives in Wichita with her husband, Tom. Together, they have four children and seven grandchildren.