Academy presentation topics included economic competitiveness among the states, best practices for pension reform, priority-based budgeting and overcoming obstacles to tax reform. Legislators participated in discussions where they illustrated the fiscal condition of their respective states and were then able to share thoughts with each other in an effort to determine best practices. Attendees also learned the real story of the Kansas tax reform efforts, and how tax policy directly affects the movement of people and capital across the U.S. states.

Since the conclusion of the Academy, several of our attendees have reached out with positive feedback.

“Because I currently serve on a standing tax committee during regular session, I really enjoyed the Academy. Speakers gave such a good overview of what other states have tried, some stumbling blocks, and some successes. I also gathered ideas from the pension reform session and how serious long-term unfunded liabilities cloud a state’s future.” 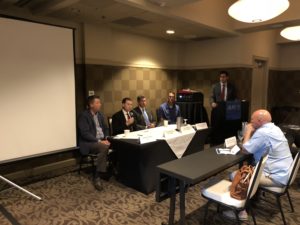 “I was honored to participate recently in one of ALEC’s regional academies. I was very impressed with the quality of the presenters, who made every session directly applicable to the largest fiscal issues shared by the participating states. Whether it be a looming pension crisis, income tax reform or attracting commerce to our states, there were cogent takeaways for every legislator.”

ALEC Academies give attendees the opportunity to share ideas and network in an environment conducive to a deep-dive into particular issue areas. We are excited to see an increase in interstate collaboration following these events, and given the success of our first three regional academies, we plan to continue them in our effort to bring together legislators serving in close proximity.