On Tuesday, Judge Ronald A. White of the U.S. District Court for the Eastern District of Oklahoma vacated the IRS rule that allows premium subsidies in states that refused to establish an exchange under the Affordable Care Act.

The court holds that the IRS Rule is arbitrary, capricious, an abuse of discretion or otherwise not in accordance with law, pursuant to 5 U.S.C. §706(2)(A), in excess of statutory jurisdiction, authority, or limitations, or short of statutory right, pursuant to 5 U.S.C. §706(2)(C), or otherwise is an invalid implementation of the ACA, and is hereby vacated.

As has been covered previously, at issue is whether the IRS exceeded its authority in allowing subsidies for individuals to buy health insurance in states that refused to establish an exchange. Under the ACA, states were given the option to create state-based exchanges or default to a federal exchange—36 states chose to default, while just 14 currently operate their own (seen below). 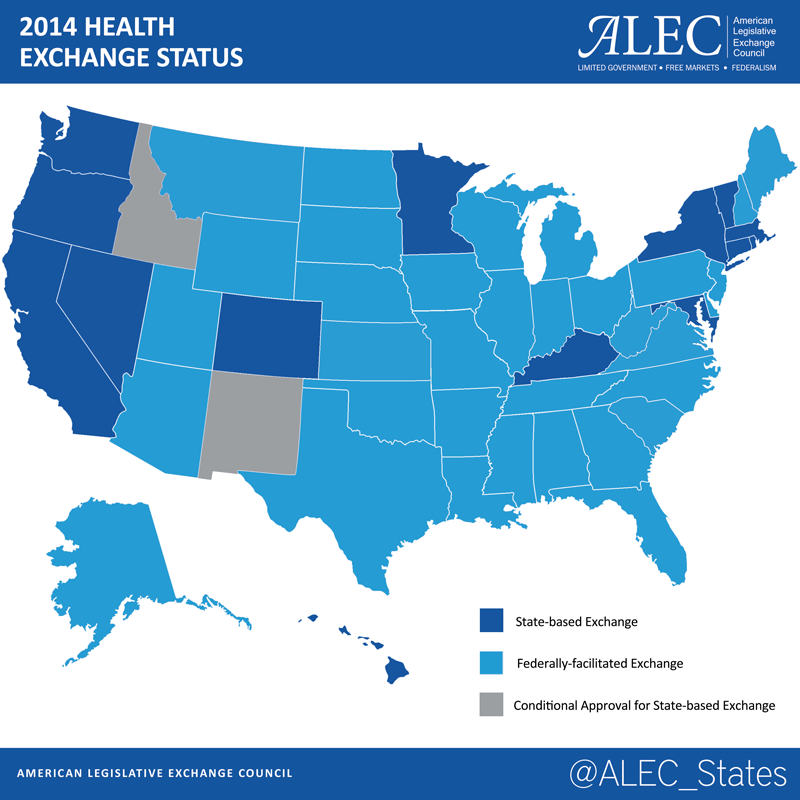 Tuesday’s case, Pruitt v. Burwell, is just one of four high-profile cases challenging the rule. In July, the D.C. Circuit Court of Appeals in Halbig v. Burwell struck down the IRS rule, though it has since agreed to rehear the case. On the same day, the Fourth Circuit, in King v. Burwell, upheld the rule. Another case, Indiana v. IRS, is still pending in the U.S. District Court for the Southern District of Indiana.

The ruling in Pruitt will not immediately take effect, and will be appealed to the Tenth Circuit. If upheld, a continued circuit split is widely viewed as an indication the case will eventually be heard by the U.S. Supreme Court.