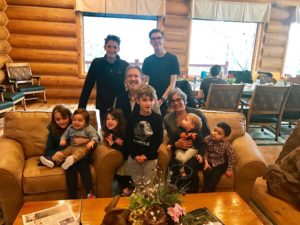 This week, ALEC and FreedomWorks introduce Kansas State Senator Susan Wagle. Senator Wagle was sworn in as the 47th Kansas Senate President on January 14, 2012. She is the first woman to serve as a top legislative leader in the state. Susan first came to Topeka in 1990 as a member of the State House of Representatives. She quickly became a key Republican leader, rising to become the first woman to ever serve as Speaker Pro Tem by 1994. During her tenure in the House, Susan received the Guardian of Small Business Award from the National Federation of Independent Business and the Friend of Business Award from the Kansas Chamber of Commerce. In 2000, Susan was first elected to the state Senate. Before elected by her peers to serve as Senate President, she chaired the Senate’s Public Health and Welfare Committee, the Healthcare Strategies Committee and Commerce Committee. Susan and her husband started a number of small businesses in the Wichita area including real estate investments and a real estate management and leasing company. Susan lives in Wichita with her husband, Tom. Together, they have 7 children and 14 grandchildren.

I ran for office after the Kansas Legislature changed the way they assessed property which resulted in Kansas taxes nearly doubling on a residency and tripling on commercial property. While I won my seat, the incumbent Republican Governor was thrown out of office and the Democrats won control of the Kansas House even though Kansas is historically a Republican state.

If I could wave a magical wand, I would like to see a flat tax implemented in Kansas. Kansans shouldn’t be punished for being productive and the flat tax has worked well in the eight states that have implemented that policy. If an income tax is implemented, keeping rates low is best for economic growth and best for keeping young adults in Kansas.

This past year I sponsored an important piece of legislation dealing with government transparency. The bill I authored requires lobbyists who are seeking a benefit or contract from a government agency to register. It is crucial that the public is aware of what company or lobbyist is influencing a contract since it will be funded with taxpayer dollars. Transparency in these matters protects the contracts from political cronyism.

The national networking opportunity that ALEC has offered has helped me be successful in Kansas. I have been a member of ALEC since I attended my first meeting in the early 1990s. The opportunity to network with other legislators and private sector representatives has helped me be a leader in both the Kansas House and Senate. ALEC has been instrumental in helping me promote conservative principles in Kansas.

While I take pride in my elected position and with the small businesses I own with my husband, the most important role in life has been parenting our seven children and we have been blessed with 14 grandchildren. I have been able to include my children in political activities whether it be paging in the Kansas Statehouse, going to political social events, or even attending an ALEC meeting. Now, as a grandparent, sharing my political life with my grandchildren is even more rewarding.