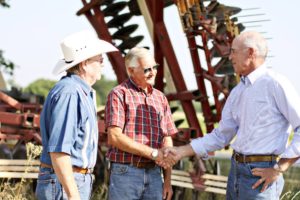 This week, ALEC and FreedomWorks introduce Missouri State Senator Ed Emery. Senator Emery represents the newly formed 31st District comprising Barton, Bates, Cass, Henry, and Vernon counties. He previously served four terms in the Missouri House representing the former 126th District. Senator Emery served on several House committees including Children and Families, Job Creation and Tax Reform. He also chaired the House Utilities Committee and the Special Committee on Immigration Reform. He is a native of Vernon County, Mo., where he worked with his father and grandfather in their feed and grain business. He graduated from The University of Missouri-Rolla with a degree in engineering and worked in the oil and gas industry until returning to Missouri in 1994. Senator Emery and his wife, Rebecca, reside in Lamar, Mo. They have four children, Elizabeth, Samuel, Daniel and Paul, and one grandchild.

My state representative was term limited, and I had a desire to invest in my state and to continue the conservative direction my predecessor had begun. Conversations with my family and close friends confirmed my inclination to run, and the rest, as they say, is history. My senate race followed a few years later.

One of the big issues facing Missouri is infrastructure where we are falling behind on ports, roads, and bridges. I have resisted raising taxes to address the need because I believe Missourians are taxed enough. Any increased investment in infrastructure should come from existing revenue by re-prioritizing spending. Nevertheless, a measure passed the legislature this year and will be voted on by the citizens of Missouri in November that will increase fuel taxes. Two other concerns facing Missouri are the need for tort reforms especially in St. Louis and the need for modernizing education and providing parents with choices for their children’s education.

If I could wave a magic wand, I would implement ESA’s and open enrollment, move money from Medicaid to infrastructure, and address venue and joinder issues in our courts.

I serve on the Gubernatorial Appointments Committee, Education, Judiciary and Civil and Criminal Jurisprudence, Government Reform, and I chair the Commerce, Consumer Protection, Energy and the Environment Committee.

It has not been my goal to pass a great deal of legislation, but during my 14 years as a legislator, I have been pleased to help with bills to largely deregulate the telecommunication industry, to modernize the regulation of public utilities, and to reform collateral source law in Missouri courts.

The interaction with other state legislators and their experience is extremely helpful. Input from private sector members and scholarly presentations from highly respected think tanks from across the country have steepened my learning curve and inspired a reasoned and thoughtful approach to law making. The ALEC staff is an extraordinary resource of expertise on virtually any legislative issue. They are absolutely committed to assisting legislators to effectively serve our states and our constituents.

What is your favorite thing about Missouri?

I was born and raised in Missouri, but lived much of my adult life in various other states. There is so much to love about Missouri and make it worth defending and serving. Missouri is the “Show Me State” because Missourians don’t jump on every fad that pops up. Missouri’s largest industry is agriculture. I grew up in that environment and love the people here. I love the agricultural perspective on life, liberty, and independence. Probably my favorite thing about Missouri is that it is MY state. I believe God put me here on purpose and for a purpose. That is what drives me to do whatever I can to make my state as free and prosperous as it can be.

I am a member of The Gideons International and for decades have enjoyed distributing Bibles, speaking in churches, and introducing others to Jesus Christ as a part of that ministry.