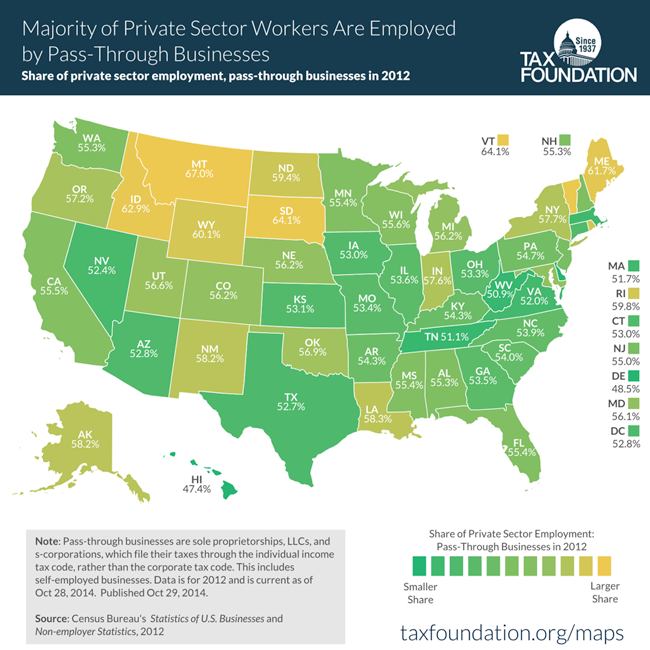 The take-away from this map is an important theme that we at ALEC stress frequently: the personal income tax is not just paid by wealthy individuals. As the Tax Foundation notes, 54.8 percent of all workers employed by a private business work for a firm that files in the personal income tax code. That amounts to 66.6 million workers. The figure varies between roughly 51 percent and 67 percent across the states. A table detailing the top and bottom five states is below:

As such, those arguing for “soaking the rich” by moving from a flat income tax to a graduated income tax, or increasing the burden on the top in those states that already have a graduated income tax, are not just arguing about taxing “millionaires”—they want to tax small businesses. These small businesses are major drivers of job growth and wage growth. Increasing their tax burden means less resources for expanding production facilities, R&D expenses in efforts to develop new products, hiring new workers, paying more generous salaries or increasing employee benefits.