Our nomination for the worst tax policy idea of 2015 goes to Alaska Governor Bill Walker for his proposal to reestablish the state’s personal income tax. This proposal would turn back the clock 35 years on economic development in the state and would cause significant harm to Alaska’s economic outlook. Alaska faces a $3.5 billion budget gap due to declining oil prices and years of overspending. While there may be tough choices ahead to put Alaska on the path back to balanced budgets and a healthy economy, a personal income tax will only add to the fiscal challenges for Alaska’s hardworking taxpayers. 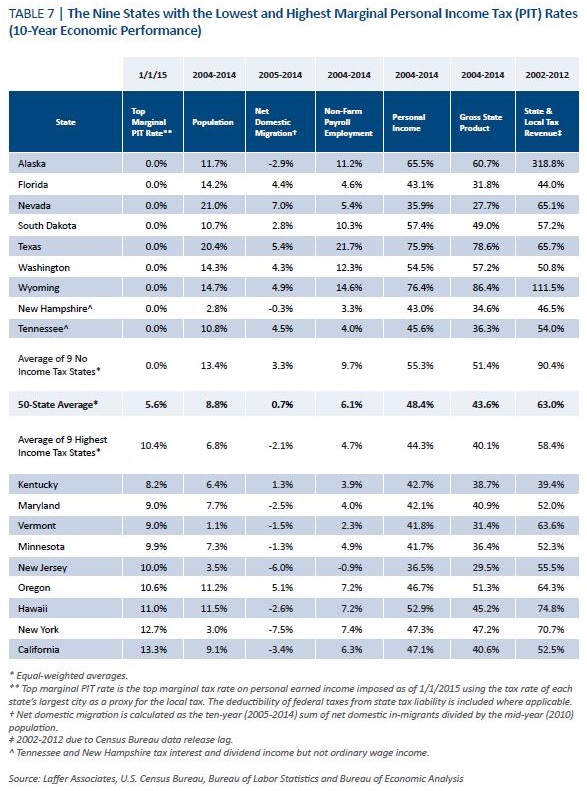 The data show that a personal income tax is a major obstacle to economic opportunity, which explains why Alaska repealed their personal income tax 35 years ago. For example, Rich States, Poor Statesanalyzes the economic growth of the states that have introduced a tax on personal income over the past 50 years, before and after they adopted the tax. In every case, population, gross state domestic product and even revenue have declined, relative to the rest of the nation. As the table below shows, adopting a personal income tax would bring serious repercussions for Alaska’s future. 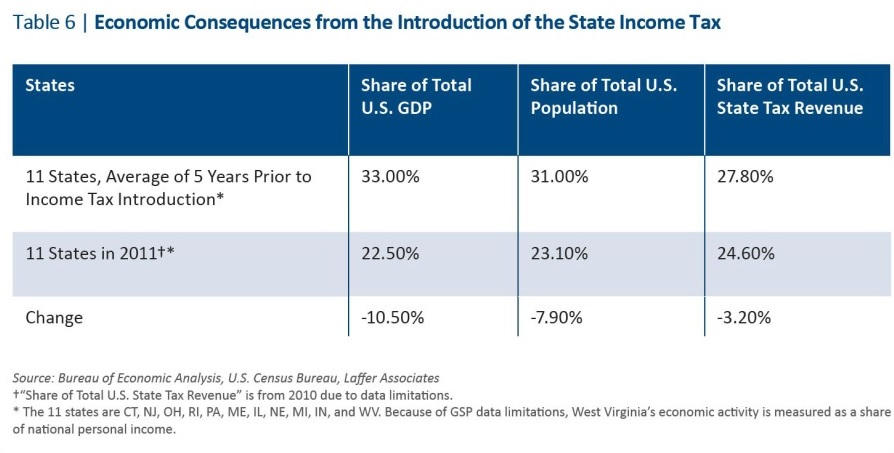 Instead of joining the ranks of the states who have suffered from the adoption of a personal income tax as shown above, Alaskans deserve an innovative approach to budgeting that puts them in control and provides real, measurable solutions, while avoiding economically damaging tax increases. With fiscal reform, like priority-based budgeting, state government could prioritize spending by focusing on the core functions of government that Alaskans need.

Priority-based budgeting also includes performance measures to produce real results for hardworking taxpayers. According to the ALEC Center for State Fiscal Reform study The State Budget Reform Toolkit, in 2003, Washington state adopted priority-based budgeting on a bipartisan basis to close a $2.4 billion deficit without raising taxes. Kitchen-table budgeting works this way for families in Alaska and there is no reason why their government should not do the same. While there will be many tough choices ahead, smart budgeting, not economically damaging tax hikes, can help provide Alaskans with the brightest economic future.