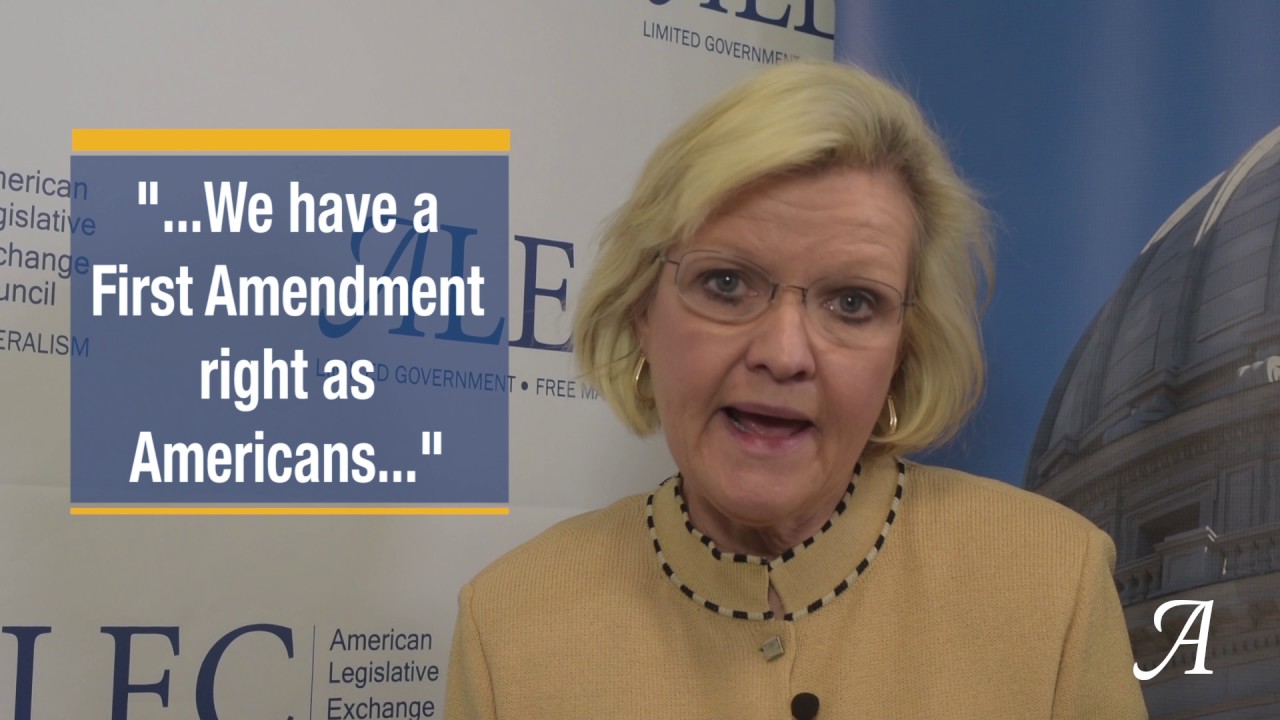 In response to attempts to expand the scope and application of donor disclosure requirements to include donors to nonprofit 501(c)(3)-designated organizations, the American Legislative Exchange Council resolves to oppose such efforts and protect the privacy of donors.

In response to attempts to expand the scope and application of donor disclosure requirements of nonprofit tax-exempt organizations, the American Legislative Exchange Council resolves to oppose such efforts and protect the privacy of donors.

WHEREAS, the first amendment of the United States Constitution protects an individual’s right to the freedom of speech and according to founding father Benjamin Franklin “is a principal pillar of a free government; when this support is taken away, the constitution of a free society is dissolved, and tyranny is erected on its ruins;”i

WHEREAS, the first amendment’s preservation of free speech and assembly encourages open public debate, which is essential to the proper function of American democracy;

WHEREAS, nonprofit organizations are a primary mechanism by which groups of people assemble to practice free speech and express their opinions on political and nonpolitical subjects;

WHEREAS, the first, fourth, fifth and fourteenth amendments of the United States Constitution have been interpreted by the U.S. Supreme Court to respect that an individual has an inferred right to privacy under many circumstances ii;

WHEREAS, the U.S. Supreme Court in NAACP v. Alabama iii found that requiring the NAACP to disclose its donor list would have suppressed the rights of its members to associate thereby threatening the first, fourth and fourteenth amendment rights of individuals and the organizations they assemble;

WHEREAS, violating the privacy of individuals who choose to donate to nonprofit tax-exempt organizations has the potential to pose a serious threat to an individual’s safety and well-being, chill free speech for fear of retribution and stifle subsequent participation in the political system;

WHEREAS, the United States has a committed history of encouraging charitable donation and Americans are the most philanthropically generous people of any developed country, giving at least twice as much to private charities as those in other developed nations. iv

WHEREAS, the US tax code and other regulatory policies have long been drafted to encourage private giving to nonprofit tax-exempt organizations, and charitable giving continues to be essential to the health and welfare of our nation;

WHEREAS, in recent years, state legislation and ballot initiatives have percolated across the states that violate the sacred confidentiality of donors to nonprofit tax-exempt organizations, thereby posing a threat to the proper function of the vibrant U.S. charitable marketplace;

WHEREAS, state Attorneys General, including those in New York and California, have increasingly sought, and at times publicly disclosed, donor information from nonprofit organizations, thereby jeopardizing donor rights to confidentiality;

WHEREAS, the American Legislative Exchange Council asserts government transparency coupled with individual privacy is essential to keeping government accountable to the people and the people free from excessive government intrusion;

THEREFORE BE IT RESOLVED, the American Legislative Exchange Council supports efforts to safeguard the privacy rights of donors to nonprofit tax-exempt organizations;

BE IT FURTHER RESOLVED, state Attorneys General should not violate the privacy of donors to nonprofit, tax-exempt organizations by making confidential donor information available to the general public.

BE IT FURTHER RESOLVED, the American Legislative Exchange Council, to the extent a state legislature chooses to proactively safeguard nonprofit 501c organizations against the erosion of nonprofit donor privacy standards, determines the following statutory language is advised:

Section 1. Notwithstanding any other law, any entity with a tax exemption under Section 501(c) of the Internal Revenue Code (or any successor provision of federal tax law) shall not be a political committee and shall not be required to file any reports set forth in this chapter.

Section 2. Notwithstanding any other law, this state and any agency or political subdivision of this state shall not require any organization organized under Section 501(c) of the Internal Revenue Code (or any successor provisions of federal tax law) to file with this state or any agency or political subdivision of this state an unredacted version of the 501(c) entity’s Internal Revenue Schedule B Form (Form 990 or 990-EZ), any successor federal tax form, or any other document that includes the names or addresses of the 501(c) entity’s donors or contributors. This section shall not be interpreted as otherwise precluding any lawful warrant for information issued by a court of competent jurisdiction.

(A) The documents, forms, and reports described in this section are not subject to public disclosure under this state’s public records laws.