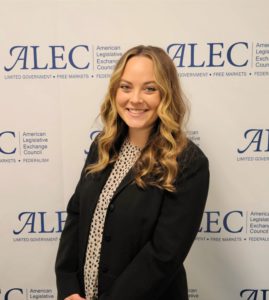 Originally from Weatherford, Texas, Carly graduated with her Master of Public Affairs degree from the LBJ School of Public Affairs at the University of Texas at Austin, where she also earned her Bachelor’s degree. She has previously held internship positions with the Texas Governor’s Appointments Office, Governor Greg Abbott’s re-election campaign, and the Texas Public Policy Foundation in Austin.