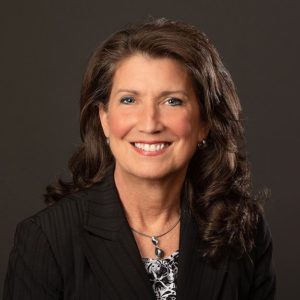 Lynn has earned a reputation for being a conservative champion of limited government, states’ rights, capitalism, and our constitutional freedoms. She does not consider herself a politician but a public servant first and foremost.

Lynn is firmly and unshakably against a state income tax, a loyal supporter of Second Amendment Rights, and firmly committed to upholding the sanctity of life. She has consistently supported education in our state and brought many much-needed TDOT road projects to our fast-growing district including Mt. Juliet Road and Rt. 109.
Lynn served the 57th district from 2002-2010 in the State House. In 2009, after the incumbent senator announced her retirement, Susan declared her candidacy for the 17th district State Senate. Ten months later when the incumbent reversed her decision not to run again, Lynn found herself in an unfortunate primary that she did not want. Lynn lost by a mere 2 percentage points but within the precincts of the 57th district, Lynn was strong against the incumbent at 58 percent of the vote.

Lynn was both surprised and honored to receive such a sound endorsement from the people of the district. The voters recognized her faithful commitment to them, and it was the voters that urged Lynn to seek re-election to public office again in 2012 after her state Senate loss.

Prior to the 2012 election, the General Assembly had voted on a redistricting plan which took effect after the November General Election. While Lynn’s residence had not changed, her old district bordered her back yard – leaving Lynn on the other side and outside of her former House district. But the Tennessee Constitution only requires that a candidate live in the county to run so Lynn filed for re-election to her former House seat. Upon winning the Primary election, Lynn and her husband established residence within the legal boundaries of district 57 before the General Election which Lynn later won.

Lynn was born in Philadelphia, Pennsylvania, and grew up in a bustling town on the banks of the Hudson River, 60 miles north of New York City. The youngest of three children. Today, her brother is a Ph.D. in Chemical Engineering and her sister is a CPA. Susan attended a private Catholic grade school and high school – until the high school was closed by the diocese Lynn graduated from Newburgh Free Academy.

Lynn’s father was employed by Allan & Co. as an investment banker and her mother was an interior decorator. Lynn started her work life in one of her father’s companies where he purposely shifted his daughter to various positions within the organization so that she might understand the workings of a corporation. Lynn worked as a sales representative, in customer service, in accounting, marketing, product development and production. Lynn was there just over five years and says that she enjoyed every minute. Her father and she were close constantly talking about the company, his decisions, the operations, financing, product offerings and sales growth. The goal was to make the company strong and profitable enough to sell it and that’s exactly what they did. Today Lynn owns and operates Susan Lynn and Company – a business services company.

Susan has a bachelors of science in economics and is working on finishing a second bachelors of science in accounting. She has a certificate in financial management, Six Sigma, LEAN and Continuous Quality Improvement.
In 2013 Lynn was named by Speaker Beth Harwell as Chairman of the Consumer and Human Resources General Subcommittee. Susan formerly chaired the House Government Operations Committee serving on Gov Ops for eight years. Lynn’s breath of work displays that she is a very adaptable person. Whatever she does, her primary goal is excellence. The Representative also serves on the Finance, Ways and Means, House Ethics Committee, the Joint Fiscal Review Committee, the state Workforce Development Board and serves on the board of the Greater Nashville Regional Council.

Lynn’s Consumer and Human Resources Committee hears bills dealing with consumer protection laws for products and services, and all human resource laws for businesses including union issues, workers compensation and wages.
Lynn was National Chairman of the Commerce Insurance and Economic Development Task Force for the American Legislative Exchange Council (ALEC) for four years. The only Tennessee legislator ever asked to chair a task force at ALEC in its 35 years history.

Lynn is a member of First Baptist Church in Mt. Juliet. A resident of Wilson County, Susan is married to Michael, her husband of 35 years. “I thank God every day for my husband – we’ve supported each other through the years and our commitment has painted a beautiful landscape of life together.” They have a son and a daughter.
Their son and his wife are both Master Sergeants in the Tennessee Air Guard – they have three children. Their daughter is a homemaker and her husband works for Publix Supermarkets – they have three children. A challenge for her daughter’s family is that their eldest son was diagnosed with Juvenile Diabetes (Type 1) at just one year old. Rep. Lynn and her family work hard to support funding for a cure for Type 1 diabetes.