The U.S. Supreme Court has agreed to hear arguments against the availability of exchange subsidies under the Affordable Care Act.  Today’s order from the Court granted review in King v. Burwell, one of several cases challenging IRS regulations extending tax-credit subsidies to the states with federal exchanges. Briefings will be submitted over the next few months, and a ruling is not expected until June. 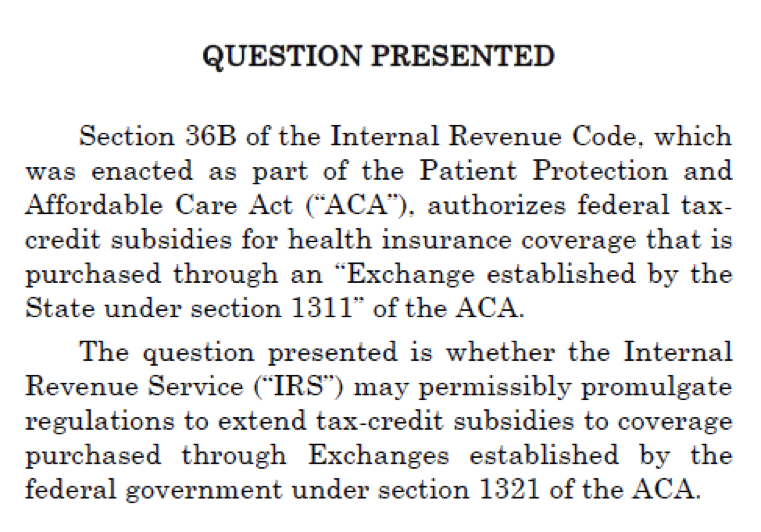 As commentators quickly pointed out, the timing of the decision, coupled with the lack of a circuit split, does not bode well for the ACA. Granting review requires a vote from four of the nine justices, signaling the Court may be in the brink of striking down the subsidies. “In all likelihood, that means that either Chief Justice Roberts or Justice Kennedy will again hold the key vote,” according to Nicholas Bagley, Assistant Professor at Michigan Law.

The three other cases challenging the IRS rule—Halbig v. Burwell, Pruitt v. Burwell, and Indiana v. IRS—are likely to be placed on hold, or abeyance, in anticipation of the Supreme Court’s ruling, though Indiana v. IRS poses a slightly different legal question.

Pursuant to the Rules of the Supreme Court, a projected briefing schedule is as follows: