Representative Mike Nearman is currently serving his second term in the Oregon Legislative Assembly representing the 23rd district. Rep. Nearman is a local Oregonian who attended Jesuit High School in Portland. After his graduation from Marquette University in Milwaukee, Rep. Nearman returned to Oregon to help with his family’s business. His education did not end at Marquette, however, as Rep. Nearman also a degree in Computer Science from Western Oregon University.

Prior to becoming a State Legislator, Rep. Nearman has held an assortment of jobs including a dishwasher, grave digger and software engineer. In 2014, he began his first term as a member of the House. Rep. Nearman works most frequently on Ways & Means. He is a strong fighter for a smaller, less wasteful government in Oregon and against government attempts to limit gun rights in Oregon. In addition to his legislative work, Rep. Nearman is a member of the Human Services and Housing committee as well as the Information Management and Technology Committee.

In his personal life, Rep. Nearman lives with his wife, Debby, on an acre in West Salem and is a proud father of two daughters. He remains active by kayaking the Willamette River and waterfowl hunting in his free time. The key to his sanity is playing adult league rec hockey several nights a week. 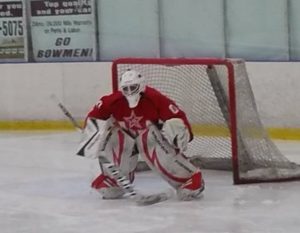