In an era plagued by partisan posturing and gridlock, federal criminal justice reform proposals bring a breath of fresh air that follows on the heels of several years of bipartisan efforts in the states. 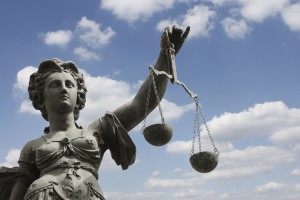 s growing at a rate second only to Medicaid and recidivism rates of 40 percent, states have begun to examine their criminal justice systems and ask how they can get the best public safety return on their taxpayer investment.  As a result, many states have enacted reforms aimed at reducing overreliance on incarceration and strengthening community supervision programs such as probation and parole.

In addition to reforms to the back-end of the system, there are steps state policymakers can take to ensure smarter sentencing policies. The American Legislative Exchange Council recently passed a model policy that provides one solution. The Justice Safety Valve Act provides judges with discretion to depart from the mandatory minimum sentence for nonviolent offenders in situations where the imposition of the mandatory minimum would cause substantial injustice to the defendant or where the mandatory minimum is not necessary to protect public safety.

“Safety valve” legislation, such as The Justice Safety Valve Act, helps ensure that lengthy sentences and prison space are reserved for dangerous criminals by preventing certain nonviolent, low-level offenders from serving long, mandatory sentences that do nothing to protect public safety.  This allows states to focus their scarce public safety resources on offenders that are a real threat to the community. As opposed to simply throwing more dollars at corrections, this approach reduces prison overcrowding while still holding offenders accountable. The resulting cost-savings can then be invested in efforts that strengthen public safety such as effective policing strategies and rehabilitative programs.

Safety valve legislation does not mean that offenders are not held responsible or that the mandatory minimum sentence cannot be used. Rather, it ensures that prison sentences are commensurate with the crime and are only as long as necessary to protect public safety.  Offenders are held accountable, but in ways that emphasize personal responsibility, rehabilitation, and restitution when applicable. Alternatives to incarceration seek to tackle the root of criminal behavior, which reduces recidivism rates and helps offenders get back on their feet.

There is precedent for these types of reform. As outlined in a report by Families Against Mandatory Minimums, Turning Off the Spigot, several states including Maine, New York, Minnesota and Virginia have enacted some form of safety valve. In 1994, Congress created a safety valve for federal drug offenders who fulfill a strict, five-part test and there is now legislation pending in Congress that would broaden the categories of offenders to which the safety valve would apply.

Interestingly, the pending federal legislation, as well as the coalition behind it, spans the ideological spectrum. The three major pieces of sentencing reform currently before Congress are co-sponsored by policymakers as diverse as Senator Richard Durbin and Senator Mike Lee, Senator Rand Paul and Senator Patrick Leahy, and Representative Bobby Scott and Representative Thomas Massie.

The paramount goal of criminal justice policy is to protect public safety. ALEC’s Justice Safety Valve Act provides policymakers with a way to focus resources on violent offenders by ensuring sentences are appropriate for the crime committed and only as long as necessary to protect our communities.